After seeing the crypto-collectable market bloom we spotted a gap in the market and decided to build a new platform for the world’s biggest sport: Football.

We understood the power of blockchain coupled with the ERC721 token standard and access to a top designer we felt we could produce trading cards with real value.

We started by figuring out how we would like the cards to look and feel. Some rough drawings and ideation really started to get the creative juices flowing on what could be possible on a public blockchain.

Next came defining what traits and attributes would make up a trading card. This detail is built into the smart-contract that underpins the player on the blockchain.

After building KnownOrigin.io and CryptoKaiju.io we are well aware that we are decent enough engineers but realised we needed help with design.

We had admired the football based designs of Stanley Chow from afar so we reached out to Stanley via instagram and waited nervously.

Thankfully he emailed back and granted us 30 minutes to explain what we were trying to do. Once we explained how we could bring his designs to life with almost infinite kits, ethnicity, and colour combinations he agreed to help and collaborate.

Been blown away but how many cards have been bought day one of #niftyfootball. Over 1000+!!!!🤯

At 9am EST on 12th May 2019 we unpaused the “blind packs” smart contracts and opened public sale of Nifty Football trading cards.

The first 11 cards were pre-mined and at 09:01 EST the first card was minted. Dominic Powell, Token ID #12, will go do in Nifty Football folklore. A goalkeeper from USA with an average attribute score of 88. 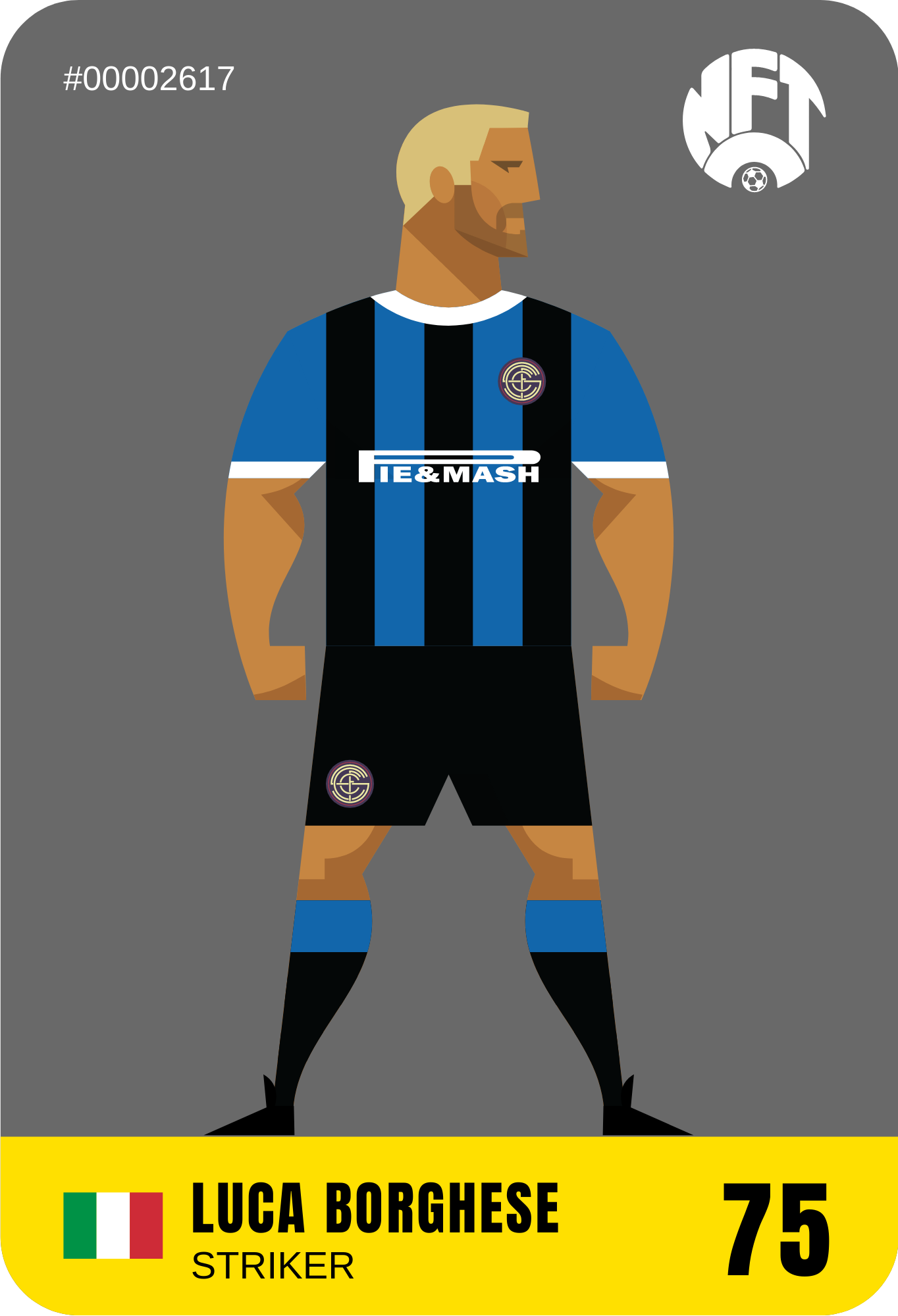 After 24 hours we has sold over 1400+ cards and many teams have been formed.

To date we have sold over 2600 cards for over 30 ETH in value. Teams have formed and taken place in games via our beta game engine.

We had instant tradability of the digital assets via OpenSea (a 3rd party collectable marketplace) via the magic of the ERC721 non-fungible token standard and was happy to see activity taking place soon after public sale started and still today.